The Problems with Science Journalism

Linguists and literary geeks have long pondered the quandary of translated works. The abrupt German sentence endings of Kafka’s The Metamorphosis and the Old English rhythmic caesuras of Beowulf are not quirks to survive translations. Translators instead have to interpret and innovate to get a text from language A to language B. This parallels science journalism’s current problems almost perfectly.

Communicating science concepts to the lay public requires some manipulation, translating down all the technical jargon into a concise, summative news feature. But how do you accomplish that without running the risk of oversimplification, sensationalization, and overall misconstruction? There’s not a right answer. Unlike literature, science is concrete, which lends little to any attempt at interpretation. This further limits what we can do to analyze or simplify scientific literature. A research paper’s meaning is in the numbers, and these details do not translate well into your average news article on scientific happenings. It could easily be overwhelming for the average reader. 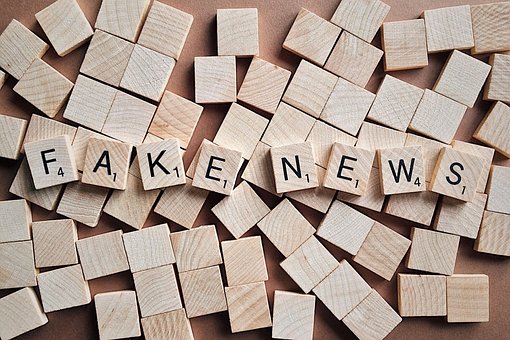 Let’s look at some bad examples. TV news channels, tabloids, Buzzfeed, alternative medicine websites, and social media are particularly bad offenders. Most of the time when a news network or a Facebook post cites a “new study,” the results are misconstrued into a catchy headline. Although it isn’t the “fake news” catching America by storm right now, it is definitely “misunderstood news.” Late-night TV host of Last Week Tonight John Oliver, in his special Scientific Studies, looked at many of the issues that gave science a bad name: such as p-hacking, publishing pressures, corporate sponsors, and false media. CBS TV ran a story about how a new study that shows eating X amount of chocolate per day can be beneficial to a pregnant mother and her child. Oliver in reaction angrily stated: “But that’s not what the study said!” The study, High-flavanol chocolate to improve placental function and to decrease the risk of preeclampsia: a double blind randomized clinical trial sounds technical because it is. Its focus was narrow, and the results are niche. But cable news managed to blow the study out of proportion with their bold claims. It’s as if the TV journalists only read the headline on the study’s press release (“The Benefits of Chocolate During Pregnancy”) without delving further.

What is so sinister behind these seemingly harmless sensational stories? Perhaps the entertainment value is there, but this shouldn’t come at the cost of misinformation. By lying to the public, this false information helps solidify bad critical thinking skills that movements such as the anti-vaxxers or juice craze exploit. And of course, now a bunch of pregnant women are eating chocolate for supposedly noticeable benefits (which the placebo effect might fulfill in part). These stories change people’s behavior and their thoughts on certain issues/products when they clearly shouldn’t.

Not all news groups are like that (thankfully). Larger organizations like The New York Times, (scratch that, they ran a story with the title “Scientists Say Smelling Farts Might Prevent Cancer,” a wildly incorrect article which they’ve had to fix numerous times), Wall Street Journal, the BBC, etc. are much more likely to retain and uphold their scientific journalistic integrity. But there are still better options. For concise and correct science reporting, sources such as MIT Technology Review, Scientific American, Phys.org, and The Scientific Student (shameless self-promotion) are great places where science news is made easy for the general public while still maintaining ethical (and correct) science journalism.