For those of you who don’t know about climate change (How could you not?), climate change is a blanket term used to describe the myriad of not only climate anomalies, but also meteorological, oceanic, atmospheric, and geographic events responsible for various environmental issues. These issues include but are not limited to stratospheric ozone depletion, climbing global temperatures, unsustainable carbon emissions, and rising water levels. Now, I could describe a vision of an apocalyptic earth with a blood red photochemical smog sky, in which states like Florida and California have gone to join the ranks of Atlantis, and in which the lack of stratospheric ozone has caused the sun’s life-giving shine to morph into all-consuming rays of vicious heat and radiation, but we’ve all probably heard enough about that. Instead I’d like to bring attention an aspect of climate change that doesn’t get talked about nearly as much: the loss of biodiversity. While the threat to human life and sustainability gets dragged up and down the street, animals often have their plight ignored. Every time we detract from nature, whether it be pollution, deforestation, or poaching, we push dozens, hundreds, thousands of species that much closer to no longer existing. And since images of sad polar bears have clearly done nothing here’s one of the cutest animal faces (and my personal favorite) that we’ll be saying goodbye to in the near future if a change isn’t made. 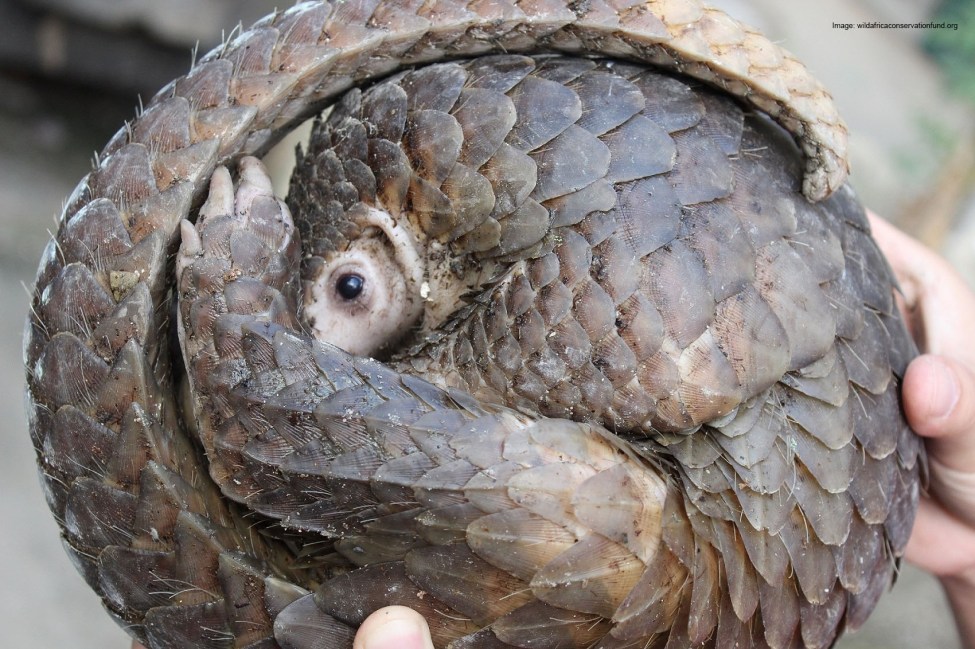 This adorable little guy is called a pangolin and don’t feel bad if you’ve never heard of or seen one. In fact, unless you’re a poacher working out in Africa and Asia I wouldn’t be surprised if this is your first time. That’s because pangolins are not only rare and shy, but they are also the most illegally trafficked animal in the world. So I guess you could say they’re only popular in certain circles.

Pangolins are sought after for their scales, which are valued as an ingredient in traditional Chinese medicine, and their meat, which is sold in both Vietnam and China. To give a general idea of how trafficked these animals are, in 2013 a Chinese ship that ran aground in the Philippines was found to contain 10 tons of scaly anteater contraband. In 2015, anywhere from 3000 to 4000 frozen pangolins were burned in a pit in Indonesia as one of the final parts of a massive seizure operation. 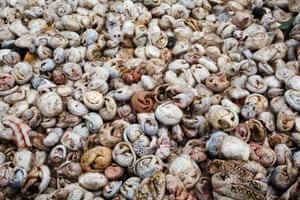 Pangolins are relatively easy to catch once you find them. Their defense mechanism is to curl up into a ball and allow their tough scales to deter whatever threatened them- an effective strategy against big cats, perhaps, but not so much against someone who wants to pick them up and throw them into a burlap sack. Pangolins also breed slowly, a problem that is only going to be further exacerbated by their dwindling numbers and loss of habitat due to deforestation and climate change. Pressure from habitat loss is driving these creature closer and closer to decidedly human living space, and often with tragic results. With this many factors stacked against them, you can understand why the species is experiencing trouble keeping its numbers up.

But there is hope! Last year, the Convention on the International Trade in Endangered Species reached a unanimous agreement on a total ban on the international trade of all species of pangolin, something that will hopefully put a major dent in what is normally a 20 billion dollar per year industry.

To read more about this rare animals check out the links here and here.

For what the depletion of their ecosystem has caused them to do, click here.

To read a what Yale has written about these animals, and what their future may entail, click here.