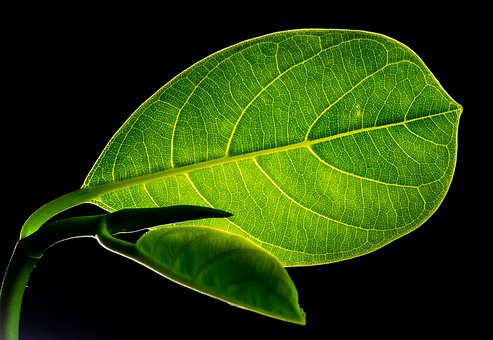 Researchers are investigating alternative sources of energy to replace conventional fossil fuels. One highly-talked about method is the creation of artificial photosynthetic systems. Similar to how plants use sunlight to produce carbohydrates, these processes use sunlight to synthesize renewable energy and chemical products usually made from fossil fuels and plastics.

Kesley Sakimoto Ph.D and Peidong Yang Ph.D. from UC Berkeley presented their work on photosynthetic bacterium at the 254th American Chemical Society National Meeting and Exposition in Washington DC. The bacterium Moorella thermoacetica is a naturally-occurring, nonphotosynthetic bacterium which produces acetic acid from carbon dioxide through respiration. Acetic acid is a chemical reagent which can readily be used to produce fuels, polymers, pharmaceuticals, and other products.

However, a team of Berkeley Lab researchers modified M. thermoacetica to perform photosynthesis and to synthesize semiconductor nanoparticles in a hybrid artificial photosynthesis system. In their work, they induced cadmium sulfide nanoparticles—an efficient light harvester—to the bacteria and exposed them to a light source in tube-shaped reactors. They also fed the bacteria sulfur-containing amino acid cysteine as an additional food source.

The genetically engineered bacteria, called M. thermoacetica-CdS, captured approximately eighty percent of sunlight to produce acetic acid. The percentage is about four times the efficiency rate of natural photosynthesis. Additionally, the process is stable and self-replicating, generating zero waste. The cadmium never gets used up because it gets reused by other bacteria when cells die.

“Demonstrating this cyborgian ability to self-augment the functionality of biological systems through inorganic chemistry opens up the integration of biotic and abiotic components for the next generation of advanced solar-to-chemical conversion technologies,” states Yang.

The researchers plan to expand their process to a larger, more industrial scale. However, adjustments to the nanoparticles can be achieved for greater efficiency. They plan on investigating silicon or indium phosphide as potential semiconductors for bacteria. Additionally, another possible strategy is by considering new metabolic pathways to quickly convert acetate into useful products.