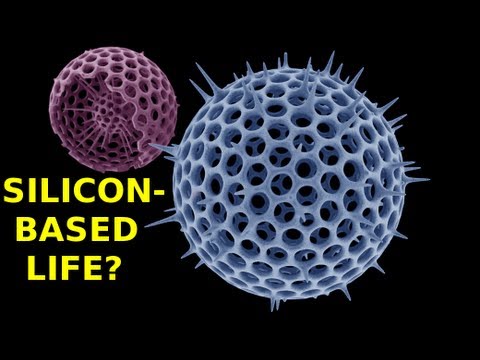 It is hard to define life. Its boundaries are extensive, and even if someone gets to a clear meaning, it may become inaccurate or invalid as the time passes. As we come across new experiments, theories or hypotheses, we broaden our views on the meaning of life and the bricks that make it possible. On of the scientific approaches in defining life is based on the nature and interactions between atoms that form molecules found in live organisms.

Carbon As We Know It

According to Wikipedia, carbon is “a chemical element with symbol C and atomic number 6. It is nonmetallic and tetravalent—making four electrons available to form covalent chemical bonds.” It also states that it is one of the few elements known since antiquity. No wonder, since it’s the basis of life as we know it and is equally important to us as oxygen.

Carbon represents only 0.2% of the Earth’s crust, and though it might seem rare, there is enough to be all around us. Carbon is a part of almost everything you are in contact with, from living things to the table and the computer you may be using right now. Interactions with carbon are virtually unavoidable in our lives.  What makes carbon so crucial, though?

Thanks to its electron structure, carbon can make powerful bonds with many other atoms such as oxygen, hydrogen, fluorine and even radioactive elements. A whole range of molecules falls into the “organic” label because carbon takes a role in their composition.

As said, the capacity to establish those links is related to the organization of its electrons. The atomic number is 6, meaning it has, in its neutral form, six electrons. Of those, four valence electrons are in the outer shell ready to react and bond to other elements.  For example, hydrogen (with only one electron) bonds with carbon in such a way that four hydrogen atoms join with a single carbon atom to form methane. Moreover, carbon can form the backbone of large molecules that are complex enough to allow living things to exist. Its bonds are particularly strong meaning that molecules can last over time and resist other forces. These unique characteristics prompt us to contemplate whether it would be possible to substitute carbon by any other element and produce life. What would be the necessary conditions? Is there anywhere in the immense cosmos where life is based on any other element?

Many are the scientists that have wondered about it, and numerous are the hypotheses put forward. However, we still don’t have any answers. Is there any other element meeting the carbon characteristics that could be the source of life?

Silicon As a Good Substitute

Silicon, among the other 117 potential alternatives of the periodic table, is the element with greater similarities with carbon. It is placed just below carbon on the periodic table, in group 14. Even though it is heavier, with the atomic number 14 or 14 electrons, it is also tetravalent. Thus, silicon can form the same number of bonds as carbon. To put it another way, it could theoretically produce the same compounds. It poses a new question; could life exist based on silicon molecules?

ny people have thought about it. From science to fiction, from universities to literature, from researchers to novelists, many have theorized about it. To further analyze the possibilities, we have to dig deeper into other aspects of silicon such as chemical properties, oxygen bonds, the stability of molecules, microorganisms and environments, where the binomial silicon-life would be possible.

Much like carbon that can form long chains and to construct molecules with such complexity for a living being to form; silicon shares common chemical properties: it can form strong bonds with oxygen and hydrogen and form complex chains. Despite this, bonds formed by silicon would be weaker than those formed by carbon since silicon-based bonds are more stable at high temperatures. Even if such a being did exist, silicon and silicon bonds are unstable around oxygen (it reacts turning into quartz) meaning that organisms would breathe oxygen and exhale this mineral.

Organisms with such different biochemistry would be hard even to detect. They could look more like rocks or crystals than anything humanity would recognize as alive. A typical example when studying this theme is the appearance of a silicon-based organism in the original Star Trek series, where Kirk and Spock run into a tunnel-dwelling creature that terrorizes aliens.

Scientists have even proposed the idea that there could be a so-called “shadow biosphere”. This concept would mean non-carbon based life forms living alongside us on Earth. After all, silicon is the most common element in the Earth’s crust after oxygen. The supporters of these ideas believe that if silicon-based life does exist on Earth, it might be in the form of silicon-based microbes living within magma deep inside Earth’s mantle. However, nobody has found evidence of that. The best bet for finding silicon-based life may be to look somewhere else — maybe on another planet.

The James Webb Telescope, launching in 2018 will look for signs of life in the atmospheres of planets outside the Solar system, moreover, different-based organisms. It would do that by the mere fact that since photosynthesis and respiration affect the amounts of oxygen and carbon dioxide in Earth’s air, silicon-based organisms would leave traces of their existence too.

Meanwhile, scientists are trying to create their version of silicon-based life. Caltech scientists announced last year that they discovered a species of thermophilic bacteria with an enzyme that in very rare cases incorporated silicon molecules into its carbon-based molecules, a sort of chemical accident.  Using artificial selection, they were able to modify the bacteria to produce the molecules with silicon in them two thousand times as often.