They say great things are done by a series of smaller ones all brought together — at least, this is what this year’s chemistry Nobel Prize winners proved to the scientific community when creating “the smallest machines in the world”. the Chemistry Nobel prize to the scientists: Jean Pierre Sauvage, Sir J. Fraser Stoddart and Bernard L. Feringa for their design and production of molecular machines a thousand times smaller than a strand of hair. The chemists have developed molecules with controlled movements that, when provided energy, carry out tasks from tiny lifts, to artificial muscles, even to minuscule motors.

The research of the three of them “proves how the miniaturization of technology can drive to a revolution”. As pointed by the Academy, all of the winners have “leaded chemistry to another dimension.”

How small can you make a machine? This is the question that Richard Feynman asked at the start of a lecture back in the year 1984. He said: “Now let us talk about the possibility of making machines with movable parts, which are very tiny.” He was convinced it was possible to build machines with dimensions on the

nanometer scale. He proposed flagella as an example, in bacteria. These tiny long-shaped macromolecules make bacteria move when ordered. But could humans build devices so small that you would need an electron microscope to see them?

Apparently they can, or at least it is what they have tried since the year 1983, when all the experimentation started:

niversity, he and his group, in the year 1983, created a two-ring shaped molecule with two links, each one trapped inside the other. In other words, they created a circled-shaped molecule inserted inside the other one with that same form. These two molecules could rotate around each other, but would never separate. After several attempts the team figured out they could control the way both chains moved and revolve around each other by applying energy and heat. They called their chain Catenane; it was only the beginning of molecular machining.

The next scientist to continue the job was Sir J. Fraser Stoddart from Northwestern University in the year 1991. He invented another kind of molecular design. This one was labeled as Rotaxane, a combination of a molecular wheel movement and a molecular axel movement. It brought a new kind of motion to molecular machines and opened a door to a wider variety of mechanisms. 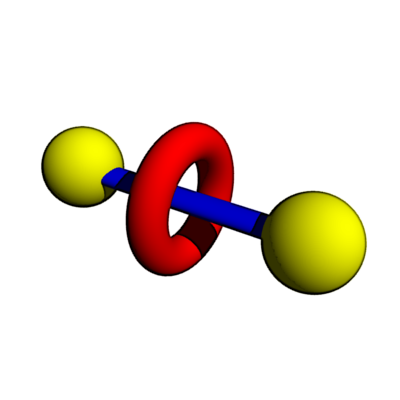 Bernard L. Feringa also contributed in the controlling of these two experiments below, he and his team developed a motor which consists of a molecular rotor; this invention spins in just one direction when powered by heat and light. Unlike the other two previous inventors, he called it: (3R,3’R)- (P,P)-trans- 1,1’,2,2’,
3,3’,4,4’-octahydro-3,3-dimethyl-4,4’-biphenonthrylidene. The model was composed of molecules linked to two small rotor blades, two flat chemical structures that were joined with a double bond between two carbon atoms. More or less, it is like a miniature car.

The award will be given on the 10th of December this year, and we will be able to hear these three geniuses talk about their further investigation on this field and their contribution to the revolution that their research has created.

The applications are boundless, as pointed out by the same Feringa when told he had won the prize, “Think of small-size micro robots, injected by doctors in the future that will travel through your veins and will look for cancerous cells,” he explains as an example. What is sure is that uses for these new inventions are a thing of imagination now. For example, in near future micro robots will be able to carry around our bodies’ different drugs and antibiotics in order to kill dangerous pathogens. We can even find uses in a non-medical field: these small machines could be useful on furthering computers or smart materials’ storage capacity.