What It’s Like to be a Park Ranger: Fire Management

Fire: it’s often seen as a bad thing– one of destruction. But for the longleaf pine trees of southeast Texas’ Big Thicket National Preserve, it is a life force. Without wildfires, pinus palustris would likely not dominate the southwestern United States as they do now. This is because it, along with other species, is fire-dependent. Evolution has caused species like the longleaf to, over time, become tolerant of and even dependent on the remarkable force of fire.

Human activity has, in many different ways, begun to change natural patterns. To help restore the natural cycle, the National Park Service now prescribes fires across the country where needed every few years—for Big Thicket, it is every 4-5 years. This helps weed out any non-native species as part of keeping the forest as Mother Nature intended.

In June, I had the privilege of being able to experience a day in the life of three park rangers, including the Lead Fire Effects Monitor and two Biological Technicians. My day began with a warning to drink a lot of water– we would be outside for a while in the Texas heat.

The Fire Management team’s goal is to both implement burns when required and also to monitor the effects of those burns. They collect information about the flora and fauna to make sure that their prescribed fires are making positive impacts to the natural ecosystem.

As the rangers told me, being a part of a small preserve like Big Thicket means that they never have the same day twice. They have more responsibilities—but, arguably, more fun. 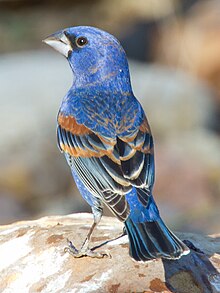 Once we decided on our first site to gather data, I navigated the team from the edge of the forest using a GPS device until we found our target– a tree with bright orange tape. We then measured 10 meters vertically and 10 meters horizontally to establish our study area. We collected information about the types of vegetation we saw there, such as the percent cover of litter (dead grass, leaves, etc) and how many longleaf pines were in each quadrant, and how tall they were. I recorded this information on a sheet made for documenting this data.

Our mission went on pause for a few minutes when we heard a bird call that none of us could identify. With binoculars and a short hiking trip, though, we saw it: the blue grosbeak, one of the very birds that depends on these longleafs for survival. It is work like the Rangers’ that allows them to keep thriving.

We recorded data for a few different sites, ran into a few deer, visited the pitcher plants, and then headed to “base camp” for lunch. After a hearty meal, one of the biological technicians and I entered the data of the day into the database that the National Park Service uses. She taught me how the system works and let me try entering it independently, since the skills I was learning now could help my career later.

Our last task of the day was removing a non-native species from the preserve: a mimosa. Mimosas are native to southwest and eastern Asia, but found their way to North America in 1785 through a French botanist. Since these trees can produce thousands of seeds per season, it is not surprising that they are considered invasive in North America now. In the Big Thicket, we hunted the mimosa, ensuring we did not mistake a native pea plant look-alike. Once we found the mimosa (which is more woody than the pea and has slightly different looking leaves), I cut the 4-inch seedling from its stem, and then brushed a small amount of a chemical on it to ensure that it wouldn’t grow back. Some rangers spray the chemical on the leaves, but spraying is more likely to negatively impact the ecosystem.

We quickly noticed, however, that there was a little slug right next to that mimosa! We rinsed him with the water from our bottles as soon as we noticed, and set him down on the ground. He had been camouflaged too well, and I had accidentally disturbed his natural state. Even when humans mean to do good, our intervention can sometimes still have harmful effects.

Being able to work with the Park Rangers gave me a new perspective on the service they provide for us and all other living organisms. I had always appreciated it, but experiencing it showed me how scientists and rangers can work together to protect our planet. Without these people, we wouldn’t have the knowledge, tools, and resources needed to even attempt to restore our natural environment.