Scientists have been investigating antidepressants since the early 1950s. Since then, our knowledge has increased substantially- it has become more and more clear that the brain is not simple: its mechanisms are intricate, and no one type of medication, to this day, works perfectly for everyone. The list of medications is lengthy; Zoloft, Prozac, and Cymbalta are all well-known names. But there’s also Elamol, Tofacine, Pristiq, Paxil, Seroxat, Tofranil- the list goes on. Why so many? What purpose does all the variety serve?

The first antidepressants ever created were done so by accident in an attempt to medicate schizophrenia patients. Though the drug did not have the intended antipsychotic effects, it did, surprisingly, heighten patients’ moods. Unfortunately, it was not known exactly how the drug did so, and the mood improvements were accompanied by a whole host of side effects. Through further investigation, researchers theorized depression was caused by an imbalance in chemicals called neurotransmitters, specifically, a lack of serotonin. To remedy it, SSRI’s- selective serotonin reuptake inhibitors- were developed as the newest depression medication, and are still marketed today.

The reuptake inhibitors in antidepressants keep neurotransmitters from being absorbed so more of it is readily available. The increase was believed to be what alleviated depression. However, SSRI’s (as well as SNRI’s) still do not help everybody. Continuing research revealed that equating depression to a lack of serotonin, norepinephrine, or even dopamine was a gross oversimplification. Brain scans display SSRI’s working immediately in patients’ brains- but mood changes only appear over a span of weeks. Scientists, therefore, reason that inhibition itself is not the root cause of mood improvement. Closer inspection revealed that inhibition triggered a sort of “domino effect”- one that eventually led to more neural connections in the brain. Many researchers believe this to be what truly improves mood in depressed patients, and recent discoveries have found a drug that can target them directly.

The newest drug being researched for treatment is called Ketamine- a chemical that regulates glutamate instead of serotonin. Ketamine is unique in that it works immediately, unlike SSRI’s and SNRI’s. How? The drug’s inhibition of glutamate triggers an enzyme that in turn develops neural connections: a much simpler cause-and-effect treatment than the usual antidepressant. Studies have proved it to work 70% of the time for patients who are usually resistant to treatment, and it is highly beneficial to suicidal, severely depressed patients who would otherwise wait months for beneficial effects. Unfortunately, Ketamine is traditionally a street drug and has far too many addictive and hallucinogenic characteristics to be used as traditional medication. Scientists hope to test limited amounts on a wider scale or produce a similar synthetic drug void of the dan 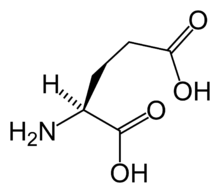 In short, depression is complicated. Anything from chemical imbalances to genetics to previous trauma can cause it, and a whole world of causes in between. The right medication, especially for mental illnesses, can be just as difficult to find as it is to research and develop. Thankfully, countless treatments have sprouted since the first tricyclics in the early 1950’s, and as long as mental health awareness continues to increase, countless more treatments will follow.